ANZ - At the forefront of innovation What does Surf Life Saving do to stop summertime swimmers wading into waters swarming with sharks?

How do New South Wales police increase their chances of monitoring wrongdoers?

Who does a mining giant turn to when it wants to stop workers putting themselves in harm’s way of cracking rocks and crushing equipment?

When all these groups needed problems solved they turned to 27-year-old Paris Cockinos.

Paris’ company Sphere Drones, headquartered in the Sydney suburb of Alexandria, is on the cutting edge of delivering specialised drone technology to some of Australia’s most important organisations.

For mining giant Rio Tinto, Paris’ company trains workers to fly specialised drones to inspect crushing equipment, along conveyor belts and also to measure how much iron ore is sitting within stockpiles.

“The cost savings are generous. But there is a key focus on removing people from hazardous and risky environments,” Paris says. “That is an extremely big win.”

Paris has come a long way for a boy from Coogee who started his entrepreneurial life selling cans of soft drink from his school locker.

“My mum would buy me a block of 24 Coca-Cola cans for 50 cents each and I would sell them out of my locker for two dollars,” he says.

Paris was first interested in technology in his family’s two-way radio workshop, where his dad would maintain equipment for clients such as Qantas, Virgin and SNP Security who monitors Sydney Airport.

The company started in 2012, when he was at University of New South Wales studying design and engineering and trying to supplement his costs thinking “what is the quickest way to make a buck?”.

19 year-old Paris borrowed $10,000 from his Dad, imported six drones from China and quickly sold them to hobbyists.

When a university tutor introduced Paris to a contact at Sydney Water involved in exploring drone technology it lead the young student to designing a drone that sampled and checked the quality of water.

“I designed a water sampler system,” he says. “And the development team at Sphere spun out of that.”

And that same team is also in the process of building out Sydney Water’s latest drone program.

“I’m looking at that first Sydney Water drone sitting in the office as a bit of an ornament,” Paris says.

“It has gone through three iterations and continues to be developed as a part of research and development grants.”

Sphere now supports some of Australia’s largest corporations and government organisations through developing and maintaining their drone programs.

Paris has a customer centric approach that focuses not only on current requirements but helping develop for future uses within that organisation.

He says the business is built on keeping customers over the long term, maintaining drone fleets and helping solve problems.

Questions that many of us would think of as science fiction are just another thing to spit-ball in the office between Paris and his team. 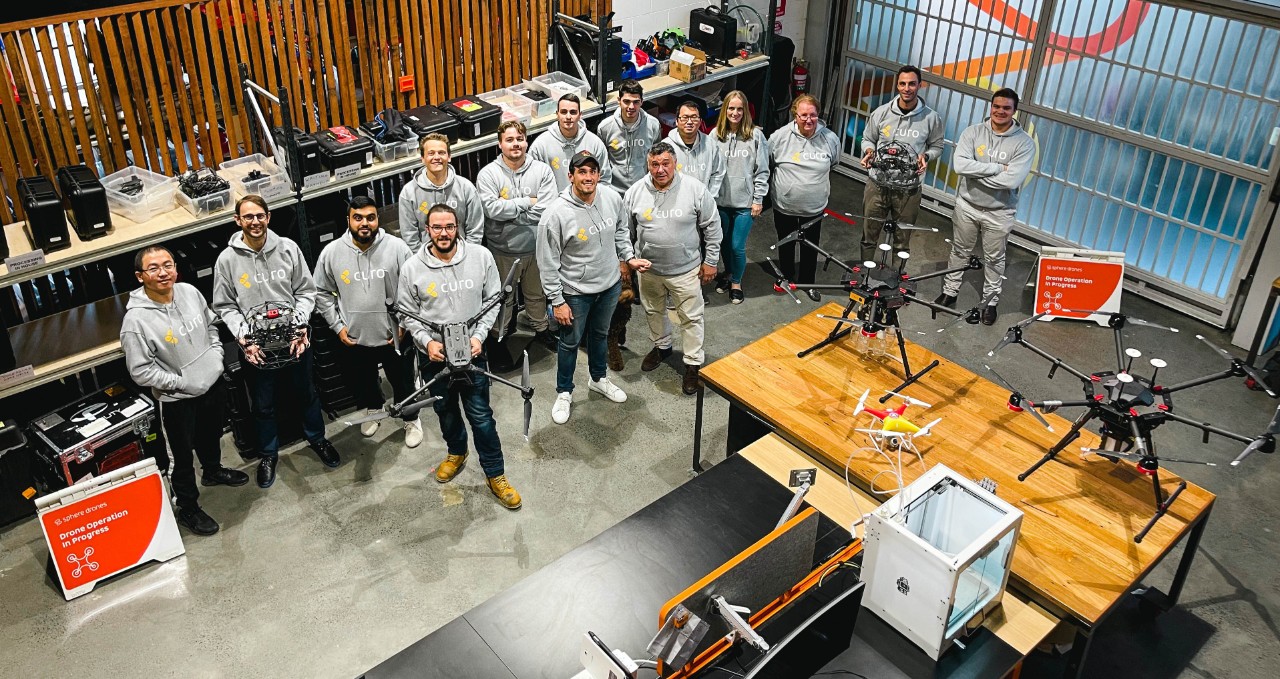 “Thinking [innovation] for us is about failing. If you are failing, you are learning,” Paris says.

The questions coming before Paris are getting bigger and more interesting.

How do you help automate an entire mining worksite?

Paris believes new mines need to be totally autonomous to be operated remotely from a central office.

“That industry itself is revolutionising on a day-to-day basis with drone technology,” he says.

Paris and his team are also looking at how to use drones to deliver goods in Australia.

“Think about main arterial roads and just draw a line and place the drones 300m in the air – you call them your airways.”

The business is also looking at providing land borne robots and underwater drones for some of his customers.

He finds his inventions can pop up even when he goes on holidays.

A relaxing day on the beach during a trip to Byron Bay to escape the office saw one of his Surf Life Saving Australia drones fly overhead.

He gave a nod to a friend to confirm it was one of his own.

Paris has the growth of the business on his mind.

Sphere recently refurbished its Sydney office and is in the middle of rolling out its Western Australian office.

He also says he has just hired five new staff to form relationships and drive sales in Queensland, Victoria and Western Australia.

While Sphere has 34 employees Paris expects the rapid growth of the business will propel this to exceed 40 staff by year’s end.

The business just launched online video training as a way of dealing with a more virtual world the pandemic has helped create.

South West Sydney Small Business Banking Area Manager at ANZ, Alain Gargoura says working closely with Australian businesses, such as Sphere Drones, and watching them lead the world with innovation and tenacity is one of the most rewarding aspects of the job.

“It’s been great to partner with Paris -  to support him from the very early days and watch not only his business flourish but also help him realise his personal financial goals,” Alain says.

He says ANZ has not only helped finance the business but also helped him purchase his first home. He sold that house last year.

“The money I made there I injected straight back into the business,” Paris admits. 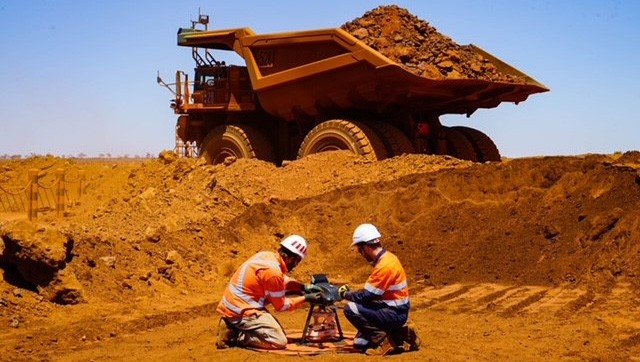 Paris points out there are 2,167 organisations holding licences to fly drones commercially in Australia and success for him is gauged by how deeply his business is engaged with them.

“The goal for us is to have a seat at the table of every single drone conversation.”

For licensed businesses with between 200 to 500 employees Sphere has about a 50 per cent penetration of the market.

With licensed businesses of 10,000 employees or more, that penetration jumps to 82 per cent.

But Paris also points out there is the untapped potential of businesses that don’t use drones – even if their competitors already are and gaining the competitive advantages that brings.

“Our goal in the next five years is to become a $100 million company,” Paris says.

The business also developed its own software solution to manage the evolving compliance requirements for all his customers.

“It ties everything together; it is like how an elevator company works,” he says. “If you crash a drone we can see that and we reach out and say ‘let’s get it fixed’.”

Jeff Whalley is a business writer of more than ten years whose work appeared regularly in The Herald Sun, The Daily Telegraph, The Adelaide Advertiser and the Brisbane Courier Mail.

In this series, Jeff talks to small to medium businesses about their journey and experience of growth, especially during 2020 - a year like no other.